Hundred Acres Manor, located minutes outside of downtown Pittsburgh, PA is an extreme haunted attraction that has been named as one of “America’s Scariest Halloween Attractions” by Travel Channel and “Pittsburgh’s Best Haunted House” by Haunt World Magazine. Featuring 6 attractions spanning a walking path of 1 mile this run-for-your-life attraction will have you questioning what is reality.

Legendary Haunt Tour has added a unique attraction to its line-up for 2016. The MacCabre Family fiendishly invites you to a Gothic Halloween tour of their home, Castle Blood, Pittsburgh’s most unique haunted house.

The tour features a game that changes yearly, always with new game challenges that bring back enthusiastic guests again and again. American Airlines Magazine described a visit to Castle Blood as “playing Clue in the Addams Family house.”

This is the same Castle Blood that appears on TV’s Midnight Monster Hop.

We invite you to join us for a “Classic American Halloween : Halloween The Way It Ought To Be!”

Attendees of the Legendary Haunt Tour 2016 will have an exclusive opportunity to go on a private daytime tour of Phantom Fright Nights at Kennywood Amusement Park in West Mifflin, PA, just outside of Pittsburgh. Tour will include: 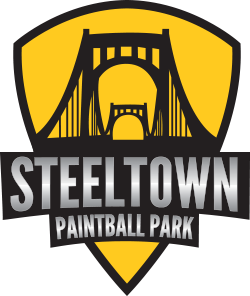 Enjoy a few hours away from the blood and gore of haunt season and get a chance to burn off some stress by shooting your fellow haunters and friends. The Legendary Haunt Tour Paintball Outing will be hosted at SteelTown Paintball in Pittsburgh, Pennsylvania located at 500 Huntington Ave.

SteelTown Paintball Park features a full size PSP arena style paintball field, complete with artificial grass and blow up bunkers, a variety of concept fields and large woods ball field. We are the only field in Pittsburgh that offers all 3 styles of playing fields.